I DUG UP AN OLDY 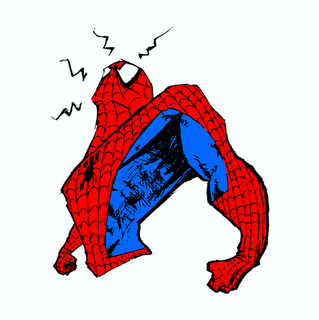 I can't believe I am actually posting this. I found this old drawing from way back in 1992! This was around the time Batman; The Animated Series first aired. I think I have grown considerably as an artist, I would hope so by the looks of this old Spider Man pic. It's kind of embarrassing to look at old drawings, but I actually do not entirely hate this one. Sure I can do something way better now, but I see what I was going for with this drawing, and I almost achieved it. I actually had a T shirt of this Spidey drawing made. It was laser printed on a white shirt. I wore that shirt everywhere. I wore it until it was so thin, it was translucent. I am only posting this because I don't have time to draw anything new for the next week or so. 1992?! Man, that seems soooooo far back now.

This is definitely the work of a virgin with blue balls!...

This is a Flickr badge showing public photos from zrisek@rogers.com. Make your own badge here.